In a world that makes little sense, it’s comforting to know that we can count on science to answer all our questions. Using research and experiments, scientists have garnered a pretty good understanding of Earth and all its mysteries, but have they created any mysteries of their own?

Sometimes there are experiments that science cannot explain, no matter how many times they’re repeated. These experiments are the Mpemba Effect, the Placebo Effect, and the mysterious Space Roar.

Let’s get into these enigmas that science couldn’t solve!

The freezing point of water is one of the first things we learn in middle school science class, 32°F (0°C). So naturally, the colder that liquid water was, the closer it would be to this freezing point, and the faster it would freeze, right? Wrong!

The Mpemba Effect, discovered and named after a Tanzanian student, proved that hot water somehow froze faster than cold water.

This effect was first observed in the 1960s, and to this day, there is no concrete explanation for why it happens.

Placebos are usually benign sugar pills, which is why it shocked scientists to see some patients responding to placebos the same way other test subjects responded to the real medicine. Because their minds thought they were taking real medication, their bodies reacted as if they were. This is now known as the Placebo Effect.

The Placebo Effect lends authenticity to the phrase ‘mind over matter’, but scientists and doctors alike still haven’t figured out why or how it works.

Amazingly, when scientists measured the brain activity of Parkinson’s Disease suffers given a placebo, they were flabbergasted to see that the brain responded as if the medicine had been real, proving that the Placebo Effect wasn’t just the incorrect assumption of the test subject, but an actual phenomenon within the brain.

ARCADE and the Space Roar

Back in 2006, NASA launched their newest research probe, known as the Absolute Radiometer for Cosmology, Astrophysics, and Diffuse Emission, shortened to ARCADE. ARCADE was meant to record radio waves from space and use them to piece together the early days after the Big Bang.

What they heard, instead of the faint noise they expected, was an intense sound six times louder than the cosmologists expected. Since the sound was so deafening, it was impossible for this sound, dubbed the “Space Roar” to be the radio signals they were looking for, stumping cosmologists for years to come.

As with most space-based mysteries, there are dozens of theories about what the Space Roar could actually be, but none of them have stuck. For now, we’ll just have to accept that there is something out there making this roar and that we may never know exactly what it is. 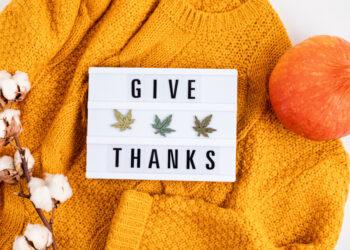 How To Make Whipped Cream By Hand

How are Pearls Formed in Clams?